All Collections
Mobile App
How do I add or edit screens on the mobile app?

How do I add or edit screens on the mobile app?

Describes various ways to manage the screens on the mobile app

Written by Jorge
Updated over a week ago

You will need the Full Write App permission to perform these actions. Your One Church subscription would also need the "App Builder" add-on to access this area of the software.

One Church comes with an app builder where you can customize various parts of the mobile app including screens and menus. If you don't already have this add-on, you can add it to the subscription by going to Account Settings > Billing in the upper left and editing the subscription to include the App Builder add-on.

To get to the app screen management area, visit "Mobile App" in the left hand menu and then the "Screens" tab.

The screen designated as the "Home Screen" is the one that shows first when a user loads up the app. There can only be one home screen. To set the home screen, open the screen and choose "Yes"  to the "Primary?" field. Then click "Save"

When designing a screen (either by adding a new one or editing an existing one), there are quite a few options you can set to control how a screen looks and behaves. The window is split into two parts. The left side shows the designer and is where you would design the screen and set what happens when different elements are tapped. The right side holds configuration settings for the screen.

A quick note on the designer. There are two views: Action View and Design View. This can be toggled in the header area as shown below:

The design view is used when you want to edit how the screen looks. Use the action view when you want to specify what happens when a user taps on an item (i.e. an image, list item, button, etc).

The following fields are available when designing a screen:

The list template shows a list of items a user can choose from. Each item has an action which controls what happens when they tapped on it. There are also different layouts to choose from for this template which control how the list appears.

The screen is split up into an optional image carousel at the top and the list below. See the section below named "Image Carousels" for information on adding an image carousel to this screen.

Text with images. The list will show an image to the left and a title/subtitle to the right. 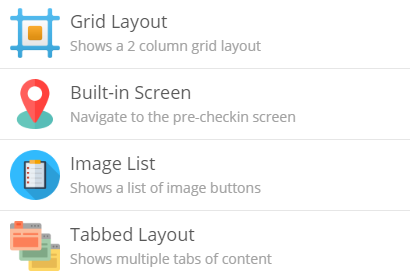 Text only. The list will show a title/subtitle combination for each item in the list. No images. 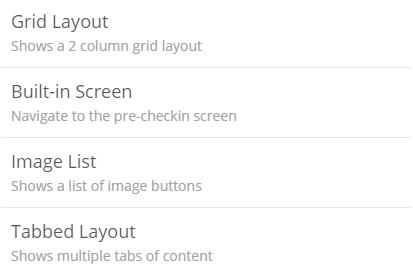 Image banners. This layout will show only images. Each image would be rectangular and can contain a "call to action" so users know what happens when they tap on it. 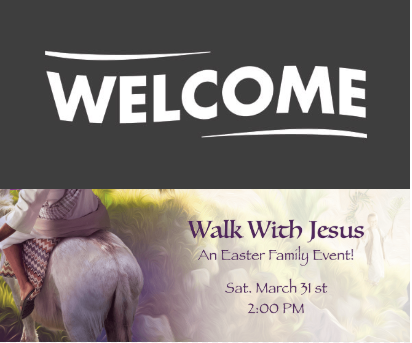 Grid. This layout shows images and text organized in a 2 column grid. The text is optional. The images should be squares. 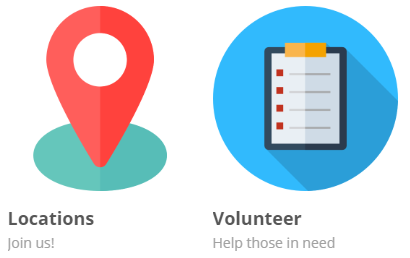 A new list item will then appear in the editor. To edit any text, simply click in that area and start typing. To edit an image, click on the image to open a file manager. In the file manager, you'll be able to choose any previously uploaded images as well as upload new ones. Make your selection and it will replace the image currently in the editor.

All list items must have an action specified. If one doesn't, you'll see a red caution symbol on the item.

When you are ready to specify the actions, switch to the"action view by clicking on "action view" in the Designer header. The screen will change to show drop downs for each list item. Choose the appropriate action you want to happen when a user taps on the item. The following actions are available:

The content template allows you to design a screen using some building blocks such as an image carousel, text, buttons, and forms.

The screen is split up into an optional image carousel at the top and the list below. See the section below named "Image Carousels" for information on adding an image carousel to this screen.

To add a new section, click on the "Add section" area at the bottom of the designer. This will open a pop up where would choose what kind of section to add. The options are: 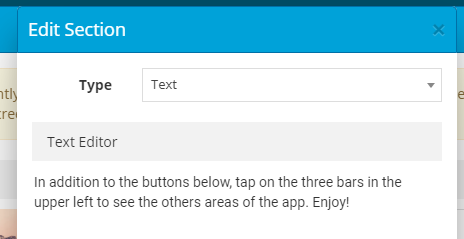 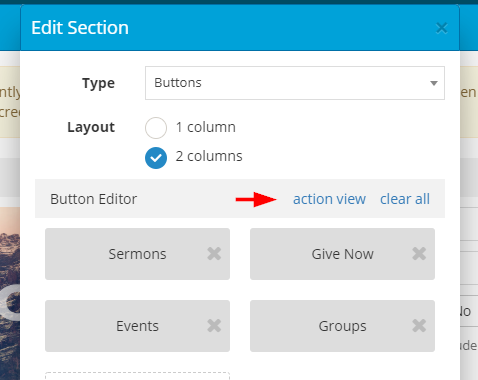 This template lets you specify a custom form. When this screen is shown in the app, the selected form will be displayed.

This template lets you choose a web address. When this screen is shown in the app, the URL will be loaded. The URL must be publicly available online to work correctly in the app.

Each tab would have an icon and a label. The icons only appear for the iOS version of the app. Once you have selected the icons and labels, switch to the action view to set what the content of each tab should be. Each tab must have an action defined. You will see a red caution icon on tabs that do not. 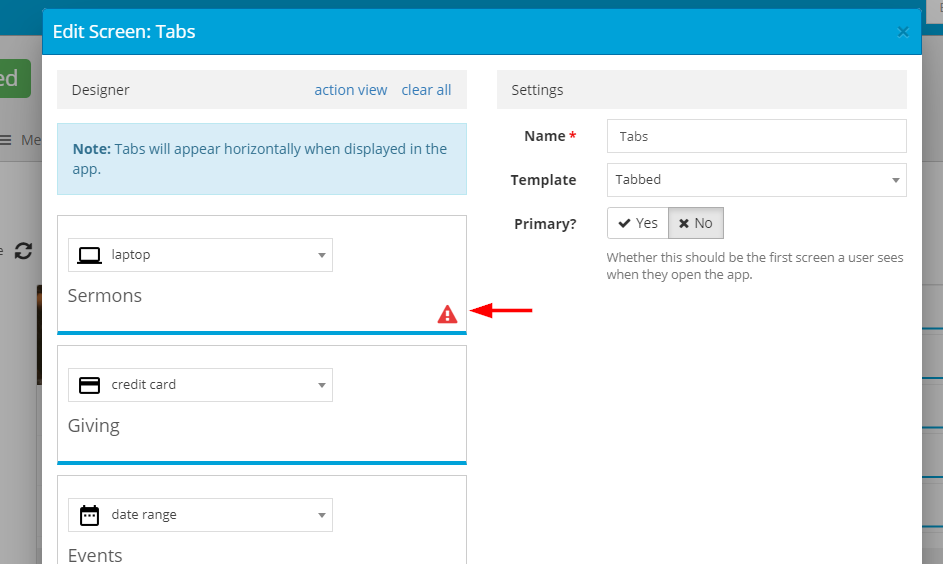 The list and content templates can have an image carousel at the top of the screen. This option will not appear for any other template.

To add a carousel, choose "Yes" for the "Carousel?" field. An image placeholder will appear at the top. Hover over the image and click on the pencil icon to open a pop up where you can add one or more images. The "Destination" field is optional and controls what happens when a user taps on the image. The available actions are the same as when setting actions for a list item (see previous section).

If more than one image is added to the carousel, in the app only one is shown at a time and it will automatically move to the next one after a few seconds. The user can always swipe to move forward or backwards.

Did this answer your question?